What distinguishes a 1 million dollar biller from the herd? 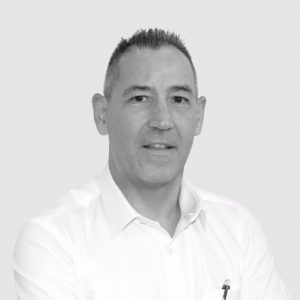 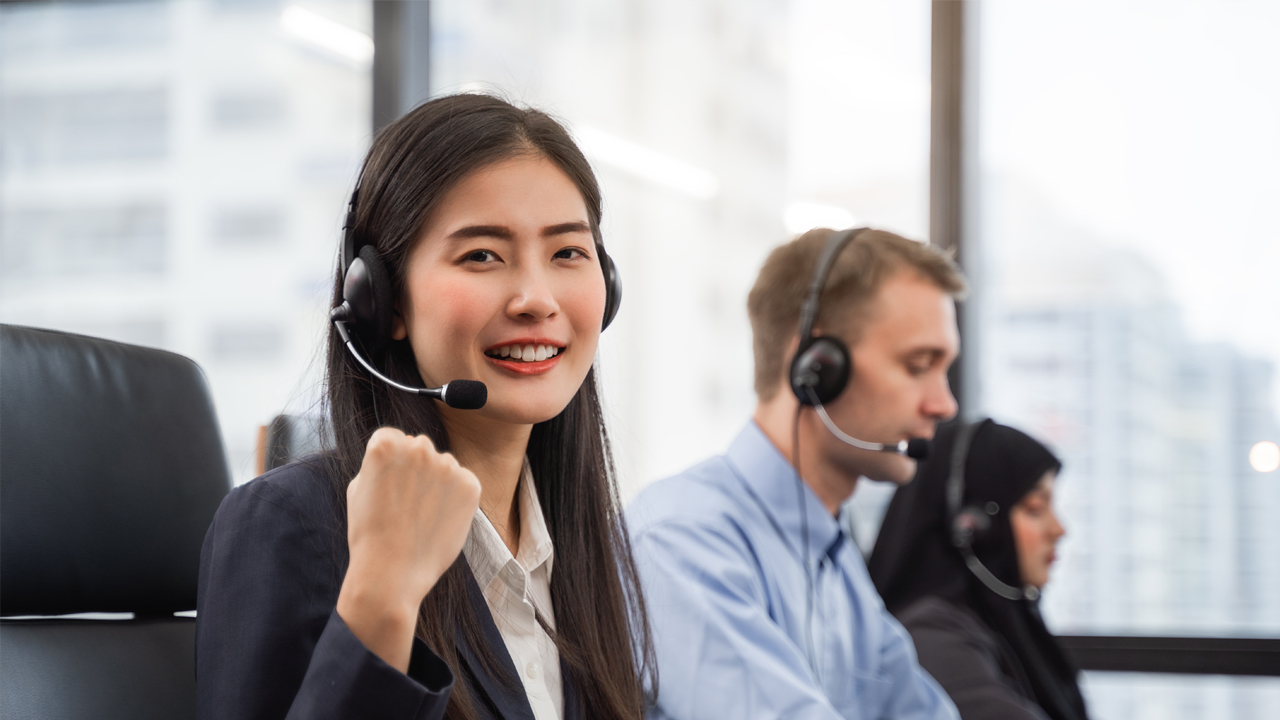 Hitting the SGD $1 million / HKD $6 million mark in recruitment is a monumental achievement that belongs to a handful of legendary recruiters.

I was asked recently how many million dollar recruiters I had managed in my career.

Some billers did very well in a particular year, but not the following year. For the sake of this article, I began to think about recruiters who, on more than one occasion, billed over a million dollars in a year.

The biggest billers we had were in the Robertson Smart days. Interestingly, that led me to some insightful conclusions when thinking about what exactly contributed to someone becoming a million dollar biller.

Five 1 million dollar billers is the answer to the question. Three were based in the Singapore office and two in Hong Kong. Of the five, four are still active in the industry and sadly one is no longer with us. They are a mixture of nationalities and currently residing in three different countries.

It got me thinking about what it was about these 5 individuals that enabled them to bill so much and so consistently. What exactly did they have that separated them from the herd?

This was a tough one, but when I got thinking, I found some similarities in each individual.

Direct from industry and specialisation

This was perhaps a surprise. Of the five, only one was working in the recruitment industry before they joined Robertson Smart. Three were bankers and one was a lawyer. I think this needs some explanation.

The Robertson Smart strategy, from inception, was to hire industry experts and not to hire recruiters. This had two driving forces. Firstly, there was virtually no ready supply of recruiters in Hong Kong and Singapore at the time. This scarcity still exists to an extent in today’s market. Secondly, the strategy was designed to penetrate very senior levels of search business but by employing a broadly contingent model. It wasn’t uncommon for our contingent recruiters to sell retainers.

Was this a factor in those four individuals billing such high levels of revenue? Yes, one hundred percent. Crudely put, we used to say it was easier to teach a banker to recruit than teach banking to a recruiter. The same for a lawyer. They came into recruitment having often been successful in equally competitive businesses. These individuals had instant access, credibility and expertise. That was overlaid with a very solid induction and training programme which helped to attract top talent to a newer brand.

The combination of these elements meant that very credible recruiters were approaching a candidate base that had common senior experience. Resultant fees were big. From memory, the biggest single fee deploying this approach was north of USD $630k. Difficult to believe, but true nonetheless.

Direct from industry is a model that is still very commonly employed in today’s market as more firms appreciate the benefit of being a specialist. It’s easy to see why.

Others who didn’t come from industry, such as the one biller of the five who came from recruitment, who spent time learning their market inside and out, were very successful too.

I touched on methodology above but it’s worth digging a bit deeper. As mentioned, the broad strategy involved identifying lawyers and bankers, for the most part, but we were open to any industry professionals. Traders covered trading, private bankers covered private banking. We had an ex-hotelier covering hospitality and a qualified accountant covering the accountancy and finance function.

The point is, however, that this was a contributing factor in creating above average fees. Recruiters would join the business with zero experience, be encouraged to widely network and meet candidates who were, first and foremost, industry and professional peers. In tandem with the candidate networking, the recruiters were encouraged to meet clients.

The inductees more often than not had zero recruitment experience. If that was the case, how could we have let them loose on their own so early in their recruitment career? This was never a problem. Imagine a qualified lawyer, turned recruiter, networking with a number of lawyers who were both clients and candidates. They were armed with the right set of questions and were clear on the objectives of each visit.

They were taught to try and spot opportunities of a logical connection whilst not being coached simply to look for and fill specific assignments. This worked exceptionally well with what I came to call a ‘bolt-on’. A bolt-on sector is one where a firm is open to hiring additional heads regardless of whether there is a vacancy or not. Two perfect examples are private banking and fee-earning lawyers. Clients could and would simply push the desks aside to create space for another one, figuratively speaking.

In this scenario, it is quite easy to see how rookie recruiters could, sometimes instantly, be transported into high fee opportunities very early on in their careers. Of course, the starting point was at such an elevated level that it often would only go upwards, culminating in a million dollar biller.

The above is not the full story though. Not every recruiter who made this move was successful; recruiters needed character, too.

Was there a similarity in character of these individuals? Was there something else on top of their career backgrounds and access to senior networks? Absolutely.

When I visualise the five, most were – to some extent – a lone wolf character. Highly engaging, intelligent, fun and challenging individuals but each had a very internal focus. They were all highly money and goal orientated.

They came to work, to work. They would get their heads down and get on with it. I would never have to talk to them about activity. No need to even bring up KPIs, except perhaps as a way to demonstrate what high levels of activity could mean to your personal billings and income.

I recall that the four of them who came from industry (and not recruitment) were utterly invested in the training and induction program. They did not see it as an irritating training ritual, but rather something to learn from and use to their advantage.

They were all with us for over half a decade

Two of the million dollar billers stayed with us for a decade and the remainder over half a decade. They were colourful characters and there was never a dull moment. They carried themselves very well and enjoyed, I am sure, the prestige of being the superstars of the time.

Long tenure is a sign of stability. These were amongst the most headhunted recruiters in Singapore and Hong Kong. So many firms tried to attract these recruiters away from us, but a number of boxes had to be ticked in order to achieve this. For these individuals, it did not seem to happen.

A very lucrative commission scheme contributed to this success, one that I like to believe was not beaten anywhere in the market at the time. It was not the sole contributing factor, though. I will cover that off in another article in the coming weeks.

The factors of specialisation and methodology, combined with a certain character, led to the successful development of million dollar billers.

I am very certain of this and it is well worth mentioning that this approach developed many scores of top billers in the half million mark over the years as well. All were equally welcome – I can assure you!

Join an agency where you can become a top biller

If you’re a recruiter in today’s market, we’re working with over 20 agencies who have successfully developed top billers through learning & development programs.

Please do not hesitate to connect with me on LinkedIn for some advice and career opportunities.

If you’re not actively looking out, follow our company page on LinkedIn or subscribe to our free newsletter to keep in the loop about the latest opportunities and industry insights. 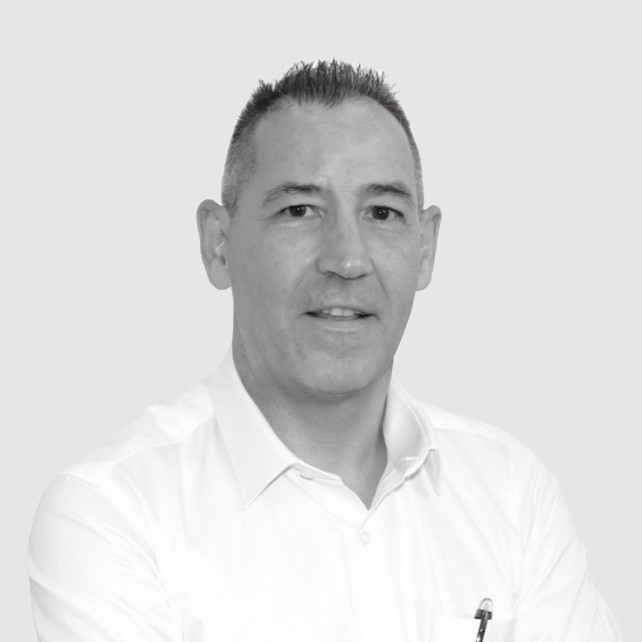 We're hiring technology recruiters in Singapore to help us build the future of technology talent acquisition.

Roger Smart
Roger is the Executive Director and Investor at Vocay. He started his recruitment career in 1995 where he founded Robertson Smart, a startup which grew to 4 offices across Dubai, Singapore, Hong Kong and Sydney, later rebranding into Charterhouse Partnership. In 2016, Roger founded Vocay.

We’re solving the talent crunch in Asia. Find out how we can introduce you to unavailable talent.

We’re searching for consultants to help us build the future of technology talent acquisition.